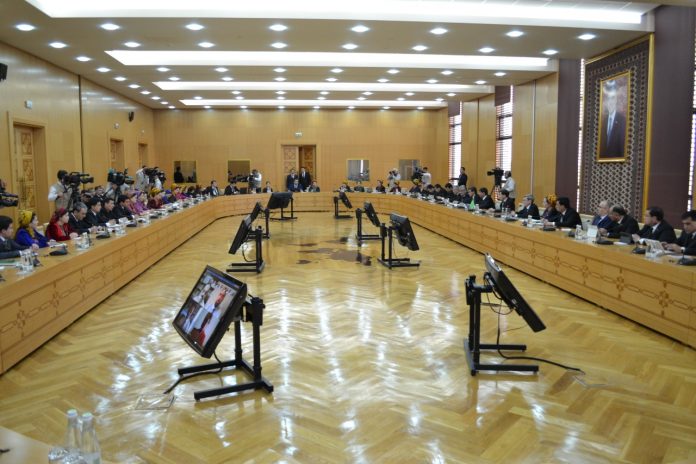 The Think tank journal, is to provide a platform, where, you can read the views of policy makers and latest reports of Think-tanks.

Think Tanks Reports around the World

The Bureau of Meteorology’s Chief Scientist and Group Executive of Science and Innovation Dr Gilbert Brunet is the first chair of a new Scientific Advisory Panel for the World Meteorological Organization. The Scientific Advisory Panel is the first of its kind and comprises 15 eminent international experts. It will act as a think tank, guiding the WMO Executive and Congress on matters of weather, water and climate science and research, with a focus on bringing research and operations specialists together.

Beijing is trying to change facts on the ground in the South China Sea to gradually change the world’s mind regarding its claims in the region, according to a Washington-based think tank. In a report published in Asia Maritime Transparency Initiative, Nguyen Thuy Anh, who is a research fellow at the East Sea Institute of Diplomatic Academy of Vietnam, has said that ”the nine-dash line is a representation of China’s expansive claims in the South China Sea.

CHARITIES have teamed up with a think tank to call for a support package to prepare carers for life after the death of the person they were looking after. Marie Curie and Sue Ryder have joined forces for Reform Scotland to draw up a report calling for major changes to the support offered to carers.

A think-tank study into attitudes towards migration across Yorkshire, which interviewed hundreds of people over two years, reveals their anxiety at misconceptions and rumours that circulate about their involvement in crime, often in social or traditional media. The research project, seen exclusively by The Yorkshire Post, says that in a post-pandemic, post-Brexit world, future debates about migration will take place “in a radically different economic and social context” to previous years.

UK universities must reduce their reliance on Chinese students, a right-wing think tank has said. According to a report by Onward, in 2018-19 more full-time places at universities went to Chinese students than from six UK regions: the South West, Yorkshire, East Midlands, Wales, Northern Ireland or the North East.

It has been decided by the US-based Winrock International Institute for Agricultural Development (Winrock) that it will help the National Bank of Pakistan (NBP) to find ways in which will help in increasing the credit availability to farmers, processors, and service providers. This would in turn enhance financial literacy in some areas and crops.

Poland will miss its 2020 renewable energy target of 15% by almost three percentage points, the Warsaw-based think tank Forum Energii said in a report. The country will miss its renewable target by 2.8 percentage points, said analysts Marcin Scigan and Michal Jedra. This comes despite a projected 4% drop in power consumption, a decrease in the use of fossil fuels by industry and growing solar capacity.

“Let high street shops die” is not a phrase many retailers will be happy to entertain, but that is precisely what think tank Social Market Foundation (SMF) is suggesting. In its place new homes should be built. The foundation argues the high street shopping units left empty by the collapse of retail businesses should be converted into hundreds of thousands of new homes built by the public sector.