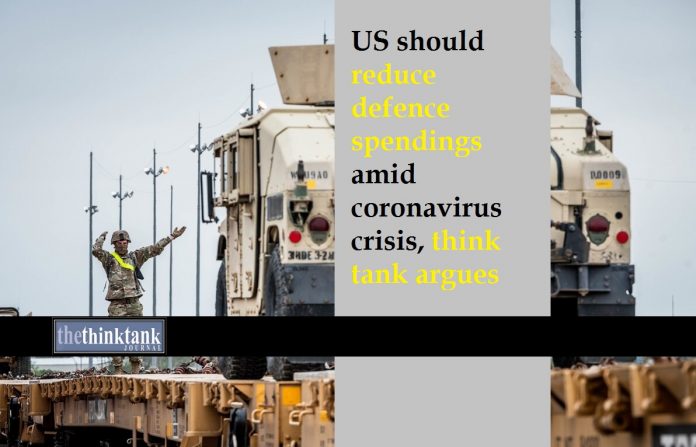 A new report released by a left-leaning think tank suggests that federal spending to boost the economy and counter the effects of the coronavirus outbreak, they should resist the temptation to increase defense spending too.

Larry Korb, senior fellow at the Center for American Progress and a former assistant secretary of defense in the Reagan administration, asked the trump administration “The amount of money (planned) for defense for FY 2021 should be more than adequate to protect U.S. national security,”

Coronavirus is ‘the greatest challenge to policing since the 2nd World War ; Thinktank

“The federal government should put more funds into rebuilding the nation’s aging infrastructure rather than purchasing new destabilizing nuclear weapons, large aircraft carriers, and flawed fighters. Doing so will not only create more jobs than defense spending could, but it will also reflect a desperately needed shift in priorities.”

Already, lawmakers approved more than $2 trillion in emergency spending to issue economic stimulus checks to millions of Americans and shore up support U.S. businesses. However, critics have said those moves don’t go far enough to stabilize the job market and offset quarantine orders that have effectively shuttered thousands of companies.