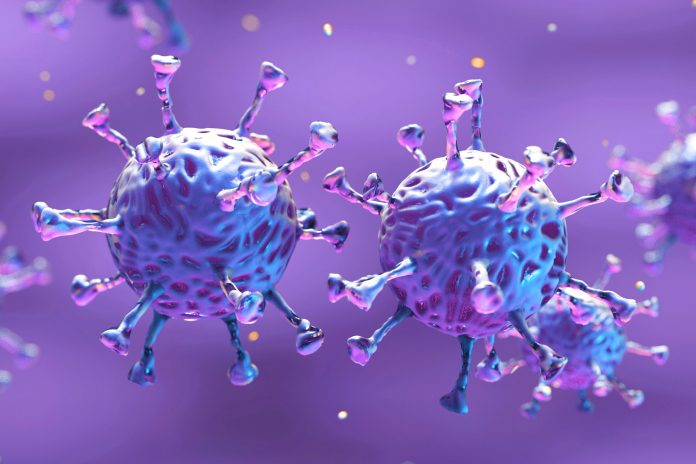 This finding is presented in a study published online today and in print June 25 in Cell.

The cross-disciplinary collaborative study was led by researchers at the Global Health and Emerging Pathogens Institute at Icahn School of Medicine at Mount Sinai in New York, and at the MRC-University of Glasgow Centre for Virus Research in the UK.

The cross-disciplinary team of virologists looked at a large group of viruses known as segmented negative-strand RNA viruses (sNSVs), which include widespread and serious pathogens of humans, domesticated animals and plants, including the influenza viruses and Lassa virus (the cause of Lassa fever).

They showed that, by stealing genetic signals from their hosts, viruses can produce a wealth of previously undetected proteins.

The researchers labeled them as UFO (Upstream Frankenstein Open reading frame) proteins, as they are encoded by stitching together the host and viral sequences. There was no knowledge of the existence of these kinds of proteins prior to this study.

These UFO proteins can alter the course of viral infection and could be exploited for vaccine purposes.

“The capacity of a pathogen to overcome host barriers and establish infection is based on the expression of pathogen-derived proteins,” said Ivan Marazzi, PhD, Associate Professor of Microbiology at Icahn School of Medicine and corresponding author on the study.

“To understand how a pathogen antagonizes the host and establishes infection, we need to have a clear understanding of what proteins a pathogen encodes, how they function, and the manner in which they contribute to virulence.”

Viruses cannot build their own proteins, so they need to feed suitable instructions to the machinery that builds proteins in their host’s cells.

Viruses are known to do this through a process called “cap-snatching,” in which they cut the end from one of the cell’s own protein-encoding messages (a messenger RNA, or mRNA) and then extend that sequence with a copy of one of their own genes. This gives a hybrid message to be read.