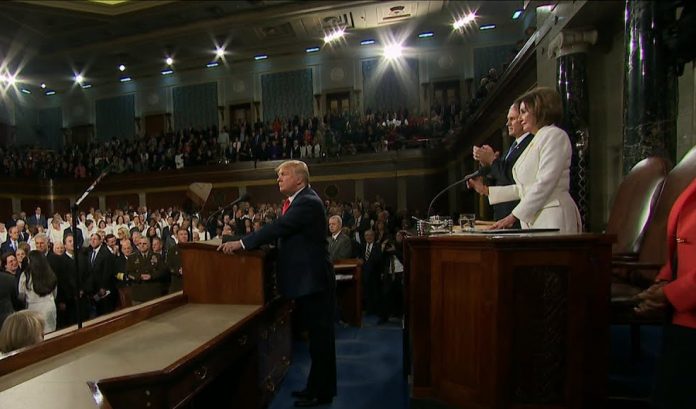 One is your will and one is your God’s will, but that is what God wants. If you never believe on that- you need to read this unbelievable untold of the world’s super-power.

On February 4, US President Donald Trump said in his State of the Union address, “Jobs are booming, incomes are rising, poverty is declining, crime rates are declining, and confidence is rising.” Our country is developing. ‘

After a month, Corona virus has been confirmed in the United States, killing about 800 people and infecting 60,000 people, Business, school, sports competitions are all closed and all economic activities are suspended. Deserted roads, malls, empty flights and trains are increasingly becoming a reality.

Bank of America economist Michelle Meyer said that Jobs, wealth and confidence will all be gone and do nothing on that.

The Bank of America fears that the unemployment ratio will double in the country, after which nearly a million jobs will be lost every month.

According to a cautious estimate, 27.75 million people, who make up eight to five percent of the total population, lose health insurance.

In such a situation, weaknesses are more clearly identified through race, gender and immigration.

On the other side in China, defeat the Deadly virus COVID19 in just two months, when Mr. Trump claiming COVID19 is a “China Virus”.

According available data from Chine Export Beuro of stats, Only Alibaba Inc, received more than 2billion US dollars orders from 36 different nations including Europe.

Many others companies also under dialog with Australian, New Zealand, Asian and European buyers.

Know, US President Donald Trump has described the Corona virus as an enemy that does not appear.

” Even the world’s most advance radars, NASA satellite systems, supersonic stealth war jets never find them. Thus many Americans now believe that the will of God.