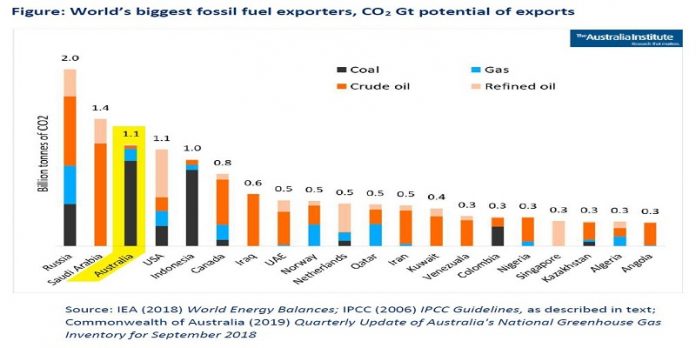 Australia’s fossil fuel exports are only behind Russia and Saudi Arabia by CO2 potential—larger than Iraq, Venezuela, or any member state of the European Union (EU), the think tank said in a new report.

“Australia is the largest coal exporter in the world and on recent reports the largest LNG exporter too,” the Australia Institute said, analyzing data from the most recent estimates of the International Energy Agency (IEA) datasets for coal, oil and gas production, and exports from all countries.

Australia’s fossil fuel exports are higher than those from Indonesia, Canada, Iraq, United Arab Emirates, or Qatar, and nearly four times larger than those from Venezuela or Colombia, according to The Australia Institute.