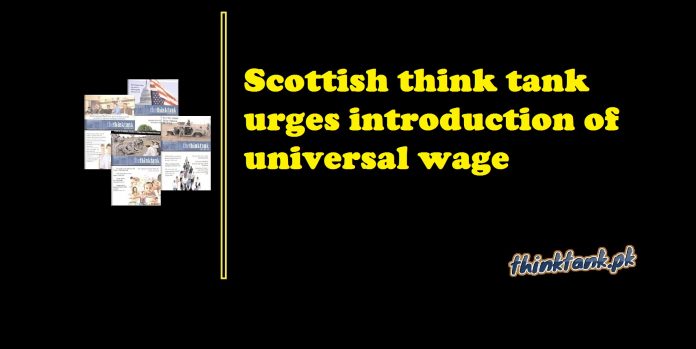 ONE of Scotland’s leading think tanks has called for the introduction of a universal basic income (UBI) of £5200 a year.

In their latest briefing paper, Reform Scotland said the “logical and necessary” cash drop for every citizen, “regardless of income, gender or employment status” will particularly help those “caught between the cracks” of the UK Government’s corona-virus financial support measures. In One For All:

The Case for a Basic Income Guarantee, the think tank says the grant should lead to the scrapping of the “overly complicated” welfare system, and ultimately replace personal allowances, tax credits and a number of other benefits.

Board member Siobhan Mathers said: “The coronavirus pandemic is an unprecedented crisis, which is seeing major government interventions to help our country and its citizens make it through to the other side. We believe one of those interventions should now be a basic income.

“It is a logical and necessary consequence of coronavirus.”

Mathers said the money “would provide some financial certainty to the many people who have been thrown into a sudden and catastrophic loss of employment or reduced hours”.

The UK Government has so far rejected calls for similar measures here, with Chancellor Rishi Sunak saying it’s unnecessary, in part because of existing support.