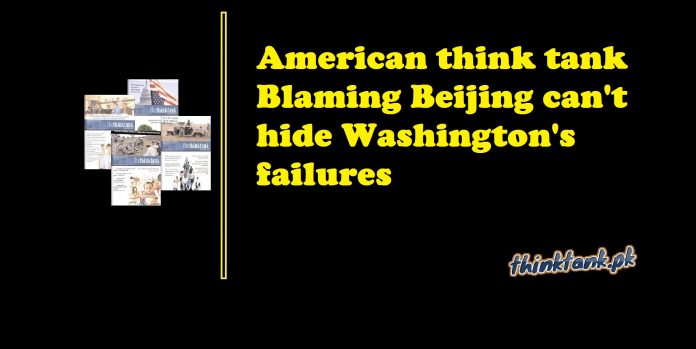 American think tank, the Brookings Institution, published an article in late March accusing the U.S. government of its “massive failures of judgement and inaction” which led to the explosive spread of the virus within the country.

The Atlantic pointed out that the U.S. President is responsible for everything the country is facing at the moment.

The New York Times criticized that the United States’ response to the pandemic was heavily overlaid with political calculations.

BBC’s New York correspondent Nick Bryant wrote in a report that nations “reveal themselves at times of crisis.” “This is a national emergency, as countless others have pointed out, that can’t be tweeted, nicknamed or hyped away. The facts are inescapable: the soaring numbers of the dead,” Bryant said.

The United States ignored China’s alerts or even tried to conceal the truth. It made a bad decision and wasted the time China won for the world at great costs when it decided to do nothing.

No matter how hard some U.S. politicians try to shift the blame on to China, it does not make them innocent. People in the United States know it, and more and more media organizations are trying to come to terms with it